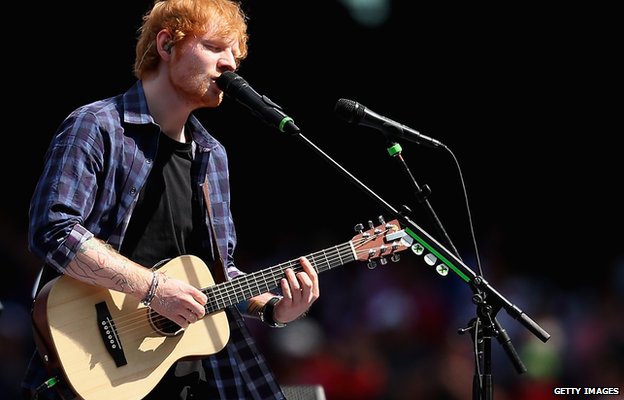 Google has announced changes to its search engine in an attempt to curb online piracy.

The company has long been criticised for enabling people to find sites to download entertainment illegally.

The entertainment industry has argued that illegal sites should be "demoted" in search results.

The new measures, mostly welcomed by music trade group the BPI, will instead point users towards legal alternatives such as Spotify and Google Play.

Google will now list these legal services in a box at the top of the search results, as well as in a box on the right-hand side of the page.

Crucially, however, these will be adverts - meaning if legal sites want to appear there, they will need to pay Google for the placement.

The BPI said that while it was "broadly" pleased with Google's changes, it did not think sites should have to pay.

"There should be no cost when it comes to serving consumers with results for legal services," a spokesman told the BBC. 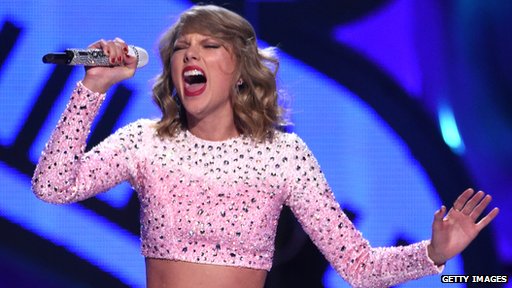 "Instead we have urged Google to use the machine-readable data on the Music Matters website, which lists all services licensed in the UK, and to promote these legal services above illegal sites and results in their search, using appropriate weighting applied fairly and equally across services."

Google has also added extra measures to doctor its search results so that links pointing to illegal content fall lower in results, with legal sites floating to the top.

The company has been doing this for several years, but now says it has "refined the signal" for detecting these links.

To coincide with the announcement, Google published a report into the measures it has put in place across its various websites. 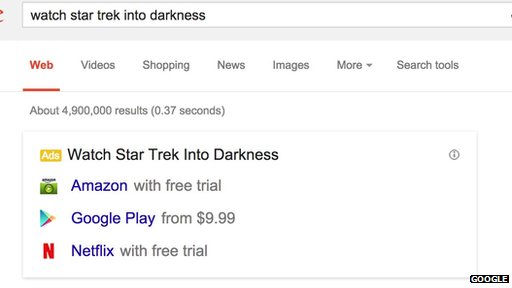 The legal options will appear at the top of the page

On YouTube, for instance, its Content ID system is able to detect the use of copyrighted material in videos - offering music labels the choice of having the content removed, or monetising it by placing advertising.

But the report stressed the long-held view from Google that the solution to piracy lay in putting effort into creating better legal services, rather than chasing off illegal ones.

"As services ranging from Netflix to Spotify to iTunes have demonstrated, the best way to combat piracy is with better and more convenient legitimate services."

The BPI and Google have been at logger-heads over downgrading results for several years.

The music industry has been angered by the way in which a search on Google for "listen to Katy Perry", or any artist, would sometimes produce results pointing to places to download content illegally.

Often, the illegal sites would rank higher than official outlets such as iTunes.

Google, reluctant to tamper with its "organic" results, but leant on by the government, has gradually backed down and implemented some measures, although their effectiveness is often disputed.

Other combative measures pushed by the BPI include the blocking of websites such as the Pirate Bay so that UK internet users cannot visit unless they are using specialist software.

"We will monitor the results carefully," said Geoff Taylor, chief executive of the BPI.

"But we are encouraged that Google has recognised the need to take further action and will continue to work with the search engines and government to build a stronger digital music sector.

"The BPI, together with colleagues from the film industry, will continue to meet with the search engines and government to ensure these measures make a real difference and to persuade Bing and Yahoo to take similar action."